JALVASUB Engineering offers propulsion systems for unmanned vehicles based on proprietary hydrogen technologies and fuel cells, for both land, sea and air applications.

JALVASUB Engineering collaborates with VENTOR INNOVATIONS in the development of electric propulsion for a new generation of unmanned aerial vehicles, vertical take-off and landing (VTOL), and high autonomy (AUV V-PROTON), thanks to the integration of its ULPHE-PEM and GENHIO technologies.

Finally, JALVASUB Engineering works, together with other companies and research centers, in the development of a new generation of autonomous underwater unmanned vehicles (AUV) that will integrate an air-independent propulsion (AIP) based on its ULPHE-PEM technologies and GENHIO. 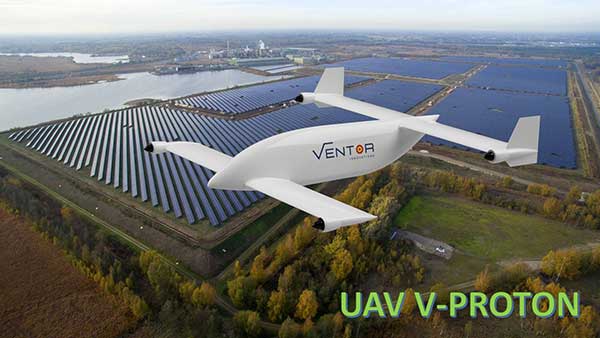 Do you want to know more about our projects?